The older I get, the more cynical I feel about setting New Year’s resolutions. Each January 1st, we’re encouraged to resolve to do better than the year before, and each year, we mostly fail.

And yet, each year, I’m sucked into this doomed ritual — lured by the idea of a fresh start. The fact is, I’ve come around to the idea that making resolutions is good for you, even if they don’t stick.

We should examine our lives from time to time. We should occasionally be asking ourselves,  is this the kind of life I want? What kind of person do I want to be? And, what am I doing right now to move myself in that direction? 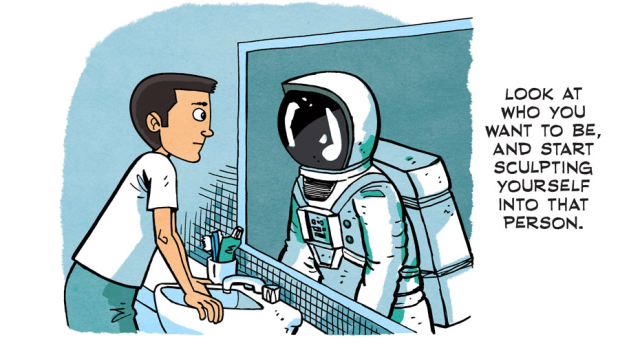 This year, since my 30-before-30 list is already taking up a lot of my energy, I’ve tried to simplify my resolutions.

So without further ado, here they are:  my New Year’s resolutions for 2014.

1. Less complaining. Complaining changes nothing. This is an incredibly tall order for a cynical journalist working in what some consider to be a failing industry. Leave the bitching and moaning to other people and use that energy to SOLVE PROBLEMS.

2. Write in my day planner each day. I’m trying to do two things with this: Build a habit, and keep a better record of things.

3. Watch less television. This one is hard. We really have been enjoying a golden age of television. It’s an embarrassment of riches, with more quality TV shows, ever more readily available to us. You can WASTE hours and hours on Netflix, discovering one great series after another (I particularly enjoy watching British shows that never aired in Canada – Life on Mars! Misfits! Being Human!) But that isn’t any way to live. The best stories never start with ‘hey, remember that time we were watching that show…?’  So,  for the sake of my health, and productivity, I resolve to watch less television in 2014.

I think those three resolutions are plenty to tackle this year. Really, the theme of all three is PRODUCTIVITY: I want to accomplish a lot this year and that means using my time more efficiently, and not wasting time doing things that don’t bring my goals any closer.

Have you noticed a theme in your resolutions? Are you a resolution hater?

On November 21st, 2014, I'll be turning THIRTY. This blog chronicles my journey to demolish a "30 things to do before I'm 30" list that is equal parts ridiculous and character-building. It's going to be EPIC.